Our Functional Urology Group investigates the molecular mechanisms underlying the functional and morphological changes in the bladder during LUTD. Our comprehensive transcriptome sequencing, the first of its kind, of human bladder biopsy samples from patients with benign prostatic obstruction revealed activation of immune response and proliferative signalling pathways, and suggested an increasing involvement of regulatory small non-coding miRNAs in the control of bladder function. We identified 3 mRNA- and 3 miRNA-biomarker signatures sufficient to discriminate between bladder functional states, validated them in a blinded study and showed the normalization of their expression in patients whose bladder function improved after deobstruction. Early identification of structural changes in the bladder during LUTD can optimize the timing of treatment. We are in the possession of a unique collection of human biopsy samples from patients with well-characterized bladder functional phenotypes before and after deobstruction surgery. Many different underlying pathogenetic mechanisms of similar symptomatic complexes necessitate different therapeutic strategies. The functional and molecular progression of LUTD in the mouse models of pBOO, SCI, and MS can be monitored longitudinally, in different phases of the disease characterized by distinct functional phenotypes. Genes identified in the animal trials can be compared with the human biopsy data to further validate the most promising markers and pathways. Our approach relies on generation and analysis of big gene expression data to reveal the triggers of LUTD. To achieve our goal of unbiased classification of LUTD and identification of molecular drivers of pathologic bladder remodelling, we apply machine learning algorithms to the transcriptome data, clinical information from the patients, and relevant animal models. 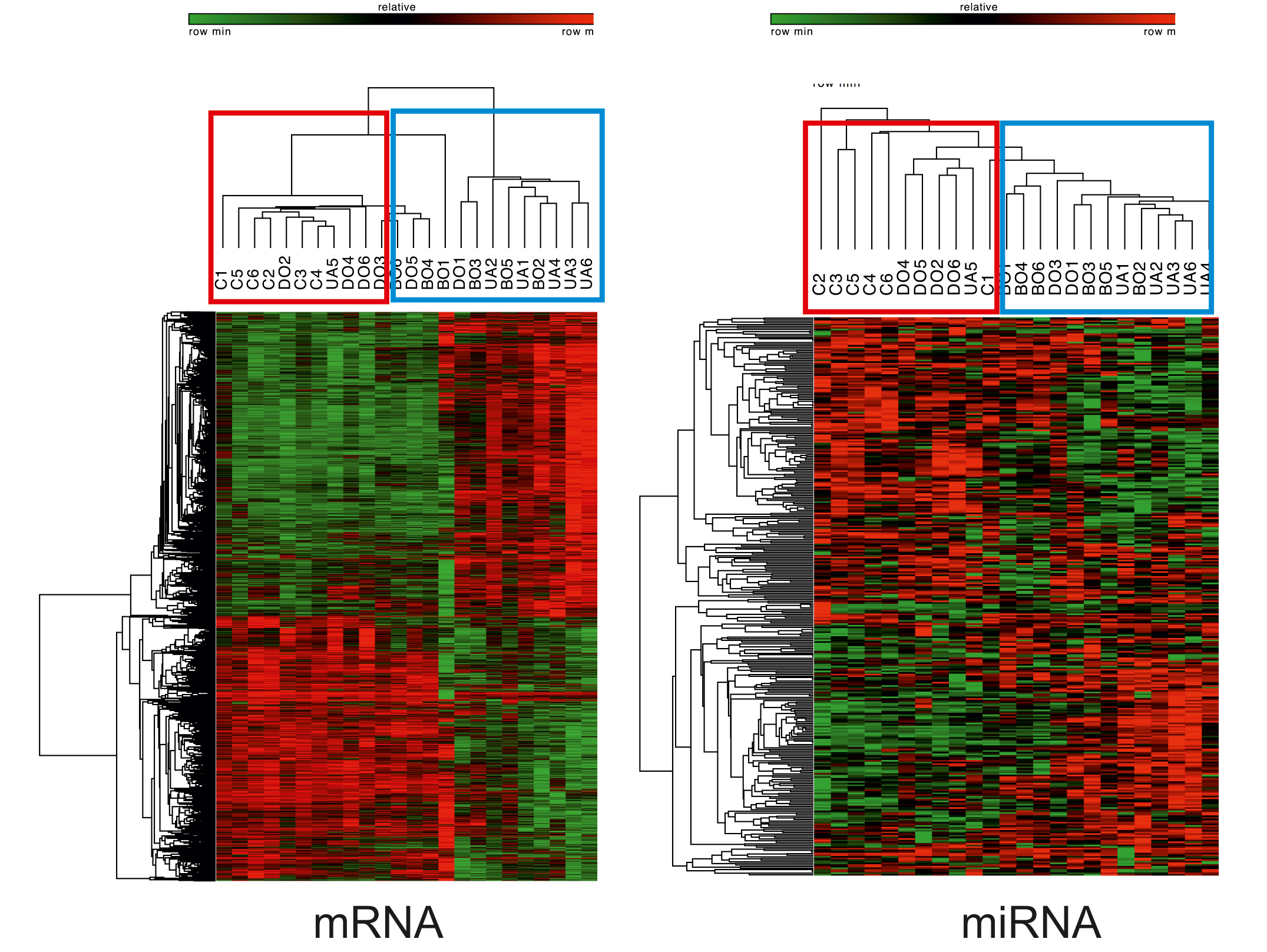